You are here: Home / News & Updates / Poliitical Action / We Are One Labor Coalition on Pension Proposal

The We Are One Illinois labor coalition, which includes IEA, IFT, AFSCME, the Illinois AFL-CIP and other organizations representing public sector workers, issued the following statement in reaction to Gov. Quinn’s pension plan announcement:

Responding to Gov. Pat Quinn’s news conference on pensions held Friday, April 20, Illinois AFL-CIO president Michael Carrigan issued this statement for the We Are One Illinois coalition of unions that represent public employees:

“The unions representing public employees are committed to working with Gov. Quinn and the members of the General Assembly to find a solution to the pension funding crisis caused by the state’s failure to pay its share.

“Despite the willingness of the unions to engage in substantive discussions, our organizations were not asked to be part of Governor Quinn’s pension working group. We were invited to just four meetings and only a few days ago received any data by which to judge its proposals.

“We strongly disagree with the proposals made today. Considering that the subject at hand is the ability of hundreds of thousands of Illinoisans to support themselves in retirement, we believe the proposals are insensitive and irresponsible.

“By appearing to endorse these unfair and unconstitutional cuts, the governor has made the process of finding common ground much more difficult.

“Forcing public servants to choose between two sharply diminished pension plans is no choice at all. It is a clearly illegal attempt to solve the problem caused by past governors and the legislature solely on the backs of teachers, caregivers and other public workers.

“Public employees must be treated and heard as full partners in any substantive discussions. No one has a greater stake in solving the problem than we do. A serious problem deserves a serious effort at a solution. The unions are ready.” 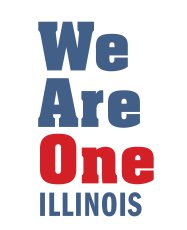 Get Updates in your Inbox